From Saturday night Jager bombs to a humble cup of tea, caffeine can be found in a huge range of commonly consumed beverages (and foods), and it’s no secret that it delivers a sometimes much-needed energy hit. Not as common knowledge, however, is the way you could be using this chemical compound to enhance your athletic performance…

Caffeine is derived from a range of nuts, seeds and leaves and acts as an adenosine receptor antagonist throughout the body (i.e. it increases the production of adrenaline, pushing your body into that “fight or flight” mode that helped us escape tigers back in the Paleolithic days).

Over recent years, caffeine has been shown to enhance athletic performance, with the bulk of these benefits thought to be due to its effect on the central nervous system, particularly, the reduced perception of effort and enhanced motor unit recruitment.

Caffeine’s efficacy as an ergogenic aid is widely recognised and has been observed in a range of modalities, including prolonged, constant-load exercise, such as running, cycling and cross-country skiing, as well as sustained maximal and supra-maximal activities such as swimming, rowing and track cycling.

Studies have provided varying results when it comes to defining what is an effective dose to improve performance and there is definitely variation amongst individuals.

As a general guide, low doses of 1-3mg per kilogram of body weight of caffeine have been shown to elicit performance enhancements for events lasting at least 30mins.

Interestingly enough, higher doses than this don’t provide any further improvement and in some cases, may even result in poorer performance than lower doses.

Essentially, athletes should aim to find the lowest possible dose that is effective for them personally and that will minimise their risk of negative side effects such as increased heart rate, tremors and headaches.

For strength and power athletes though, it seems to require quite high dosages of as much as 5-6mg/kg of body weight.

For a lot of people, this is a large amount and it would be recommended to be cautious with this high a dosage if you have not previously had anywhere near that amount. And if this amount causing any detriments to your performance (e.g. GI distress) than the cons likely outweigh the pros, regardless of the outcomes in the research.

The topic of caffeine tolerance is pretty complex though. At this stage, the research seems mixed. But the current consensus seems to be that:

Caffeine is rapidly absorbed and slow to be broken down. It reaches peak blood concentration at around the one-hour mark and remains steady for around 3-4 hours. So, it would seem sensible for an athlete to have an appropriate dose of caffeine relevant to their body weight, around an hour before their event or training session. That being said let’s look at some practical prerace caffeine sources… 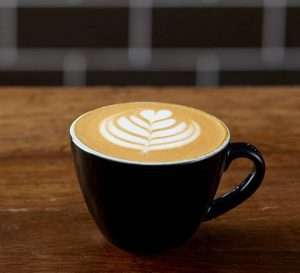 When most of us think of caffeine our first thought is probably the coffee (I know mine is).

For many adults in the western world, coffee is the saviour of productivity or simply a reason to get out of bed in the morning.

The problem with coffee as an ergogenic aid, however, is that it can be extremely variable in caffeine content.

In fact, a study done at Griffith University looking at single shot espressos from a range of outlets across the Gold Coast showed that caffeine content varied from anywhere between 25-214mg!

So if you’re looking to fine-tune your performance and hit that target range of 1-3mg/kg (i.e. about 70-210mg for the average 70kg person), then relying on your local café to provide you with a consistent caffeine hit is a bit of a gamble.

The above issue becomes even more relevant if aiming for that higher dosage of 5-6mg/kg. Too low and you miss the benefits. Too high and you suffer repercussions that impact performance and possibly overall health.

Of course, there are other well-known sources of caffeine such as energy drinks and cola-containing beverages, which have also been looked at and shown to provide performance benefits. These types of beverages generally contain well-moderated and specified amounts of caffeine, making it easier to get a very specific amount of caffeine prior to your workout. Although, chugging a bottle of de-fizzed coke before each training session presents its own nutritional problems… 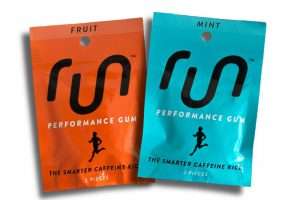 Another alternative that has gained recent popularity, however, is the increasing range of caffeinated gums on the market. These are a super practical and effective way to get in that pre-workout caffeine without the additional ingredients that may contribute unwanted calories or gastrointestinal symptoms.

Overall, it is widely accepted that low-dose caffeine consumption provides a benefit to performance across a range of different types of exercise. It is important, however, to consider a variety of factors including, your personal tolerance of caffeine, as well as dosage and timing of ingestion to get the best results!

Caitlin is an Accredited Practicing Dietitian who recently graduated from Griffith University with a Bachelor of Nutrition and Dietetics. Throughout her studies she has gained experience in a range of clinical and community settings and has a particular interest in sports nutrition, stemming from her active childhood and time as a competitive open water swimmer and triathlete. When not at work, you can find her down at the beach or checking out her local food scene with friends. Caitlin hopes to channel her passion for living an active lifestyle and enjoying all food in moderation into her career as a dietitian, motivating and helping people to achieve their goals and improve their health.