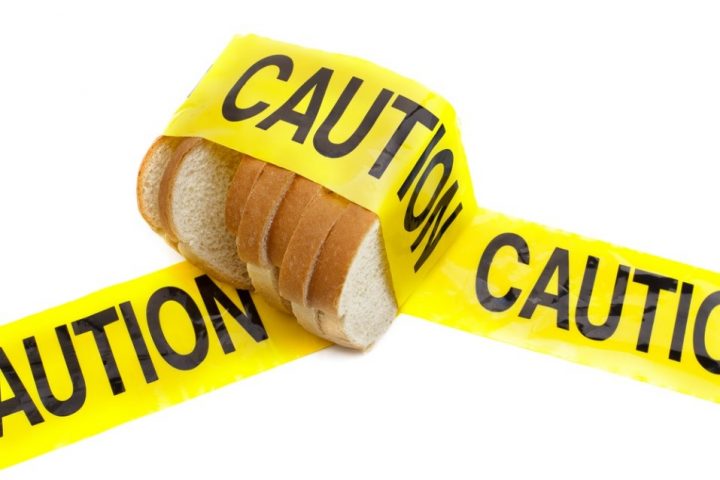 With so many gluten free products hitting the shelves, you may start to wonder whether going gluten free will help enhance your health. However, before you go cold turkey on gluten, are there actually any general health benefits to following a gluten free diet? Keep reading to find out exactly what gluten is and why going gluten free may benefit some people but not others.

What is gluten anyway?

Gluten is a mixture of two proteins, glutenin and gliadin, naturally found in grains such as wheat, rye and barley. Gluten is also artificially added to many processed foods such as gravy and candy bars. Gluten plays an important role in maintaining a foods shape and structure. For instance, gluten is added to gravy to ensure it is thick and gluggy.

If gluten is just a protein which helps to maintain a foods structure, why should we avoid it?

If you experience these symptoms after eating foods containing gluten, it is important see your doctor to get a blood test. This is because if left untreated, coeliac disease can cause nutrient deficiencies and in extreme cases can lead to infertility, osteoporosis and bowel cancer. It is important to maintain your current diet before getting a blood test. This is because if you cut out gluten before the test, your small intestine may start healing itself and cause a false negative result.

However, if the blood results for coeliac disease come out negative, you shouldn’t just assume that you have gluten intolerance instead. This is because your discomfort after ingesting gluten could be caused by irritable bowel syndrome, wheat allergy or FODMAP foods (short-chain carbohydrates found in some foods such as wheat and avocado).Thus, avoiding gluten won’t eliminate your symptoms. A dietitian can help you determine which foods are causing your discomfort.

If you don’t have coeliac disease or gluten intolerance, are there any general health benefits to avoiding gluten?

In short, no there are no general health benefits to avoiding gluten. Many people do report that they feel better and may even lose weight after they have eliminated gluten from their diet. If the individual is not gluten sensitive, their increased feeling of wellbeing may be a result of cutting out processed foods from their diet. Likewise, the resultant weight loss is most likely due to the decrease in overall kilojoule intake by avoiding gluten.

In addition, a gluten free label does not automatically mean that the food is healthier. These foods are often more processed and therefore are less nutrient dense. Studies have shown that unless properly monitored, gluten free diets can be low in fibre, iron, folate, calcium, vitamin B12 and zinc. Being deficient in these nutrients can cause a variety of other health problems.

Unless you have coeliac disease or are gluten intolerant, there are really no health benefits to avoiding gluten. Thus, if you want to increase your overall wellbeing and lose some weight, why not try something a little easier, such as eating more vegetables or decreasing your intake of junk food.

Trying to Eat Healthy? Why You're Probably Undereating
The Lowdown on Ketogenic Diets
Salty Snags