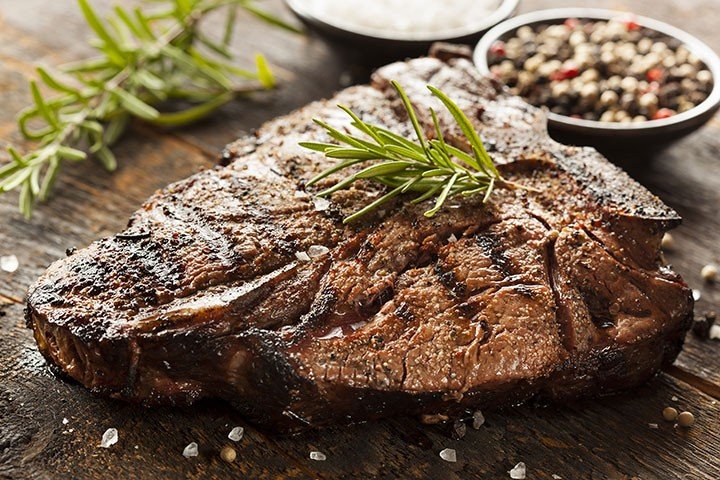 Nutrient deficiencies are not often thought to be big issues in developed countries such as Australia, with access to fresh food and water it can be easy for us to get adequate nutrients from a balanced diet. However Iron deficiency is one of the most common deficiencies in the world, affecting more than 25% people worldwide. Young women are at particular risk, with higher requirements for iron during child bearing age.

Iron is a mineral required for a number of functions within the body including making red blood cells and transporting oxygen around the body. It is also important for producing energy, optimal immune function and storing oxygen in our muscles. Iron is an essential mineral meaning you must get it from food.

What are the causes of iron deficiency?

Iron deficiency can occur if your dietary intake of iron is too low to replace the iron you lose each day. Some of the common causes of iron deficiency include:

– Increased need during different life stages: women are at particular risk of iron deficiency during different stages of their life. Pregnancy, breastfeeding, menstruation, childhood and the adolescent growth spurt are situations where the body is using more iron and as result requirements are much higher. If this need isn’t met through dietary intake or supplementation then a deficiency can occur rapidly.

– Exercise: athletes and those that participate in regular exercise are prone to iron deficiency due to an increased need for the mineral. Intense training requires increased blood cell production and can result in depleted iron stores.

– Blood loss: Iron deficiency is often the result of periods of rapid blood loss. This may be caused by heavy menstrual periods, regular nosebleeds, internal bleeding, certain medications or even regular blood donation.

– Inadequate dietary intake: Dietary intake of iron may be inadequate due to a number of reasons including a poorly balanced vegetarian diet, fad dieting or limited access to a wide range of nutritious foods.

– Undiagnosed coeliac disease: In untreated coeliac disease, the lining of the gut where iron is absorbed is damaged by eating gluten. As a result the absorption of iron is greatly affected. This type of iron deficiency is unresponsive to iron therapy unless the coeliac disease is first addressed.

What is the treatment for iron deficiency?

It is important to diagnose the underlying cause of the iron deficiency and if this has a medical cause this must first be treated. For those with slightly depleted stores, increasing dietary intake of iron may be enough to resolve any symptoms, followed by regular blood tests to check iron status. A diagnosis of iron deficiency anaemia will usually require iron supplementation and it may take 6-12 months before iron stores reach optimal levels.

It is important to never supplement with iron unless iron deficiency has been diagnosed by a doctor, as iron is toxic in large amounts. Unnecessary iron supplementation can interfere with your body’s absorption of other minerals and cause unwanted side effects including nausea, constipation, vomiting and diarrhoea.

How much iron should we be getting?

The recommended daily intake (RDI) of iron varies for men and women and for different life stages. During adulthood (19-50 years) the RDI for males is 8mg/day compared to 18mg/day for women. This value increases to 27mg/day during pregnancy (2). When we consider beef, which is a rich source of iron, 100g has 3.5mg of iron equating to 44% of a male adults RDI or 19% of a females’.

What are the best sources of iron?

It is important to note that there are two types of dietary iron:

– Haem Iron – this type of iron is more readily absorbed and can be found in animal foods such as red meat.

– Non-haem Iron – this type of iron is much more common however the body does not absorb it as efficiently, it is found mostly in plant foods such as red kidney beans.

The best dietary sources of haem iron include:

– Red meat: often considered the most accessible source of haem iron, red meat can be an important part of the diet for those prone to anaemia. Whilst it is widely known that beef is high in iron, alternate meats such as kangaroo are also great options. 100g of kangaroo provides 3.2mg of iron.
– Liver: Organ meats such as liver are extremely nutritious, containing high amounts of iron and other nutrients. For example a 100g serve of chicken liver contains 11mg of iron.
– Shellfish: All shellfish are rich in iron but clams, oysters and mussels are particularly good sources. Eating 12 oysters will provide you with 7mg of iron, this is 88% the RDI for a male adult and almost 40% the RDI for females.
– Sardines: If you enjoy eating sardines, they are great way of getting more iron in your diet providing 2.9mg per 100g.

It can be more difficult to get an adequate intake of iron from plant sources however if you choose wisely, it is definitely possible. The best dietary sources of non-haem iron include:

– Legumes: Legumes are a great source of iron, especially for vegetarians. One cup of lentils or kidney beans contains just over 3mg of iron.
– Seeds: Pumpkin seeds in particular are a great source of iron with one serve (28g) containing 4.2mg.
– Spinach: 100g of cooked spinach contains 3.5mg, the same amount as that in a similar serve of beef. Keeping in mind that it may not be as readily absorbed by the body.
– Tofu: Tofu is rich in protein and minerals including iron, with 100g providing 3mg or 38% the RDI for adult males or 9% for females.
– Quinoa: often referred to as a “superfood”, this grain is a good source of iron with 1 cup providing 2.8mg.
– Fortified cereals: dietary intake is of particular importance for growing children and fortified cereals can be a great way to meet requirements in this life stage. Two Weet-bix provide 4.2mg of iron.

How to ensure optimal Iron absorption?

Some foods we eat can help absorb iron, while others can inhibit absorption. Eating foods high in Vitamin C with those high in iron can greatly enhance absorption. For example eating lentils in a tomato sauce, or adding a squeeze of lemon to salads containing spinach.

Calcium and iron are absorbed using the same pathway in the body so for those who are iron deficient it may be recommended that iron rich foods are eaten separately to those containing calcium including milk, cheese and yoghurt. Avoiding tea and coffee with meals can also be beneficial as the tannins in these beverages can bind to iron and inhibit absorption by as much as 50%.

Iron is an incredibly important mineral that must be consumed regularly, supplements may be required when iron stores are severely depleted and iron deficiency anaemia is diagnosed. If you experience symptoms of iron deficiency anaemia, speak to your doctor. Self-diagnosing can result in complications due to too much iron in your blood.

Requirements for iron vary during different life stages, in particular requirements are increased for women of child bearing age, during childhood, pregnancy and the adolescent growth spurt. For those who do not eat meat or fish, absorption of iron can be boosted by consuming vitamin C with iron rich foods and avoiding drinking tea and coffee with meals.

Nicole Poidevin completed her Bachelor of Nutrition and Dietetics at Griffith University on the Gold Coast in 2015. She is passionate about educating people around evidence based nutrition and living a well-balanced lifestyle. Nicole is currently working full time at a medical nutrition company within the home enteral nutrition team and strives to deliver best care to patients who are discharged from hospital and requiring ongoing nutritional care.

When not working, Nicole enjoys keeping fit either at the gym or getting outside and going hiking, she also loves cooking and developing/adapting recipes to meet specific nutritional requirements.