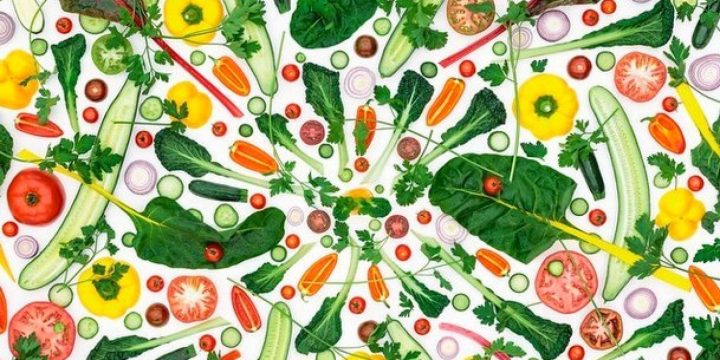 There is a plethora of reasons why people might choose veganism – for the environment, for their health or just because it’s the latest trend. In any case, it is important to understand the pro’s and con’s of going vegan. So, if you are vegan, or have ever thought about going vegan, read on!

For those of you who don’t know, veganism is the complete avoidance of animal products such as dairy, eggs and meat. A less obvious example of an animal product is jelly beans, which are sometimes coloured with insect blood!

While not all are strict enough to avoid traces of insect blood in their candy, all vegans do run the risk of serious malnutrition if diet is not properly managed.

Cobalamin (vitamin B12) poses the greatest deficiency risk for vegans, so if you are going to listen to anything in this article, listen to this! It is lacking in vegan diets as is synthesised by specific bacteria that resides in ruminant and coprophagic animals only (for example, cows). While a small amount can be synthesised endogenously (within our own bodies), it is not nearly enough to keep up with everyday demands. Algae and fermented soy products are often advertised as a B12 supplement. However, the type of B12 within these products is largely unavailable to the human body. This is a very important factor for vegans to consider when evaluating their B12 status.

B12 fortified foods are an option for vegans as a means of preventing B12 deficiency. However, this is not always a sufficient enough source. I highly recommend vegans to consider B12 injections. While having to get a shot may seem daunting, I can assure you it is less scary then the paraesthesia (tingling extremities) and anaemia that results from B12 deficiency.

Biological value (BV) is a measure of a protein’s usefulness to your body, based on its amino acid profile. Typically speaking, non-animal protein sources have a low BV. Soy, however, is the exception to this rule, with a relatively high BV of just over 70. It is one of the only high quality proteins in the sea of low BV proteins available to vegans.

Furthermore, animal-based protein sources are often incomplete, meaning they lack one or more of the eight essential amino acids required in the adult diet. The incompleteness of most non-animal proteins can be overcome by incorporating complementary proteins. For example, wheat protein, although abundant in methionine and tryptophan, is lacking in lysine. Legume protein, however, is lacking in methionine and tryptophan but abundant in lysine. Consumed separately, legumes and wheat are incomplete proteins. However, when consumed as a complimentary pair (for example, baked beans on toast) completeness is achieved in the meal.

While it is not impossible to achieve high quality and adequate protein consumption in a vegan diet, it is important to be mindful of the value and completeness of the protein consumed. Oedema and poor enzyme and immune function are just some of the negative effects of protein deficiency.

Iron is essential to a diverse range of bodily functions; oxygen carrying capacity of blood, immune function, energy metabolism and alcohol and drug metabolism – just to name a few! In order to avoid the compromised immune function, shortness of breath and spoon shaped nails that come with iron deficiency, take note of the following tips for adequate iron intake in the vegan diet.

Iron is consumed in the diet as one of two forms. Either as heme iron, found in animals flesh or as non-heme iron, found in vegetarian sources such as spinach and grains. It is important to understand that non-heme iron is not at all easily absorbed by our bodies. Therefore, it is no surprise that vegans are at far greater risk of iron deficiency than their omnivorous counterparts.

But do not fear! Non-heme iron can be reduced to heme iron in the presence of ascorbic acid (Vitamin C). This means that drinking a glass of orange juice with your vegetables and grains, or, squeezing some lemon over your spinach, helps convert non-heme to heme iron, so your body can absorb it.

The vegan diet consists predominately of fruit, vegetables and gains, of which, are high in phytochemicals. Phytochemicals such as phytic acid in fibre, oxalic acid in green leafy vegetables and tannins in tea and coffee further inhibit the absorption of iron. Try consuming phytochemical containing foods separate from vegan iron sources where possible.

Supplementation may be necessary in vegans who suffer iron deficiency. Particularly at risk are menstruating women. Iron supplements should be taken with vitamin C and separate from phytochemical containing foods and anti-acid medication for maximum benefit.

A glass of milk has long been associated with strong bones due to its high calcium content. But, what if you are vegan? What if you can’t drink milk, or eat cheese, or even soft fish bones for that matter. How can vegans achieve calcium requirements and keep those bones strong and healthy?

Natural vegan sources of calcium include green leafy vegetables such as kale, spinach and broccoli. However, only about 5% of this calcium is able for absorption (as opposed to 30% in dairy products) due the presence of phytochemicals. Hence, total calcium available in these foods is very low. This means that often natural vegan calcium food sources are inadequate to reach daily requirements and calcium fortified juices and cereals are a necessary intervention.

Zinc is a lesser known mineral found primarily in seafood, lamb and beef. It doesn’t take a dietitian to work out that this means its largely lacking in the vegan diet. While zinc is also present in vegan-friendly foods such as gains, nuts and legumes, it is largely inaccessible to our bodies due to the absorption inference by phytochemicals.

For those on a non-restrictive diet, about one quarter of riboflavin (vitamin B2) intake comes from dairy. Non-dairy vegan-friendly milk alternatives are not fortified with B2, putting their consumers at risk of B2 deficiency. This poses a massive problem for vegans.

B2 is present in vegan sources such as mushrooms, kidney beans and spinach but is largely unavailable to the body due to the presence of phytochemicals. Vegans may need to consume more B2 containing vegetables, legumes and grains in order to counter the limiting effect of phytochemicals.

Some breads and crackers are fortified with B2 and these are highly recommended for vegans.

Sunlight and B2 are not friends. The B2 status of a food can considerably decrease if exposed to light due to its degrading effect. Vegans should be extra aware of this as they need all the B2 they can get! Paper and frosted plastic packaging is recommended to protect B2.

Those who do not meet B2 requirements may experience glossitis (inflammation of the tongue), angular stomatitis (cracked sides of mouth that never heal), anaemia, fatigue and headaches.

Vitamin D is a unique vitamin in that it can be obtained through diet or can be produced endogenously (within the body) in the presence of UV rays. Most vitamin D food sources are animal products (for example, milk), therefore, vegans rely heavily on UV rays to meet vitamin D requirements.

Older vegans with dark skin, living in cold climates and/or experience kidney/liver dysfunction are most at risk of vitamin D deficiency as these factors inhibit endogenous vitamin D production. Supplementation may be necessary in these cases in order to avoid osteomalacia (soft bones in adults).

It’s not all doom and gloom! There are plenty of healthful benefits of the vegan diet.

The vegan diet is void of the saturated fat found in fatty meats such as bacon and salami. This has an extremely positive effect on cardiovascular health. However, can be offset by an unhealthy vegan diet inclusive of trans fats (for example, deep-fried potato chips). A healthy vegan diet promotes good cholesterol (HDL) within the blood which decreases risks of atherosclerotic plaque formation and in turn, decreases likelihood of a cardiac event.

Despite the possible deficiencies outlined above, vitamin and mineral consumption is generally high amongst vegans due to the high intake of a variety of fruit and vegetables. Fruit and vegetables are also high in anti-oxidants which have healthful effects on the body.

Throughout this blog I’ve given phytochemicals a pretty bad rap! By now you probably think they are evil, always hogging the nutrients within our food and making vitamins and minerals difficult to absorb. While this is true, it is important to remember that phytochemicals have healthful effects too. Please don’t be too harsh on poor old oxalic and phytic acid.

Still Want to Be Vegan?

I hope this has given you some insight to the nutritional demands of being vegan. It is my aim to present the facts so that those who do choose veganism can enjoy the lifestyle in a healthful manner, and, so that those considering the lifestyle know what to expect.

How to Debunk Food Labels
The GM Debate
Alcoholics Anonymous